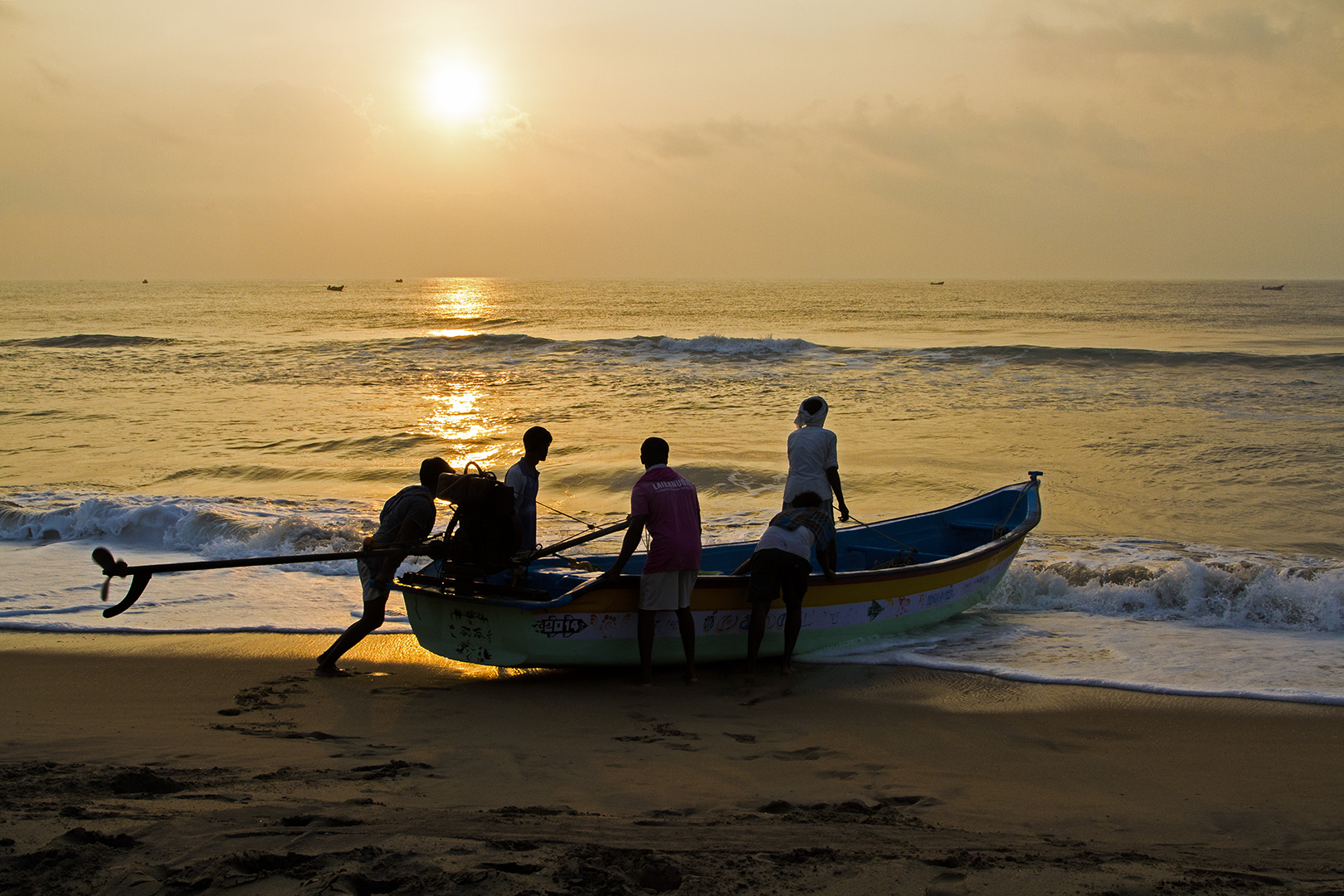 A Private Tour – Around the Bottom

We began our Indian exploration in Chennai where we were met by our driver who would take us around the bottom of India and to the Kerala Waterways.  On the way we were taken by the colours of India and the warm and friendly people.

The contrasts here are dramatic. Building of colonial English architecture overlook crowded colourful markets and alleyways.  Even the contrast between significant places of worship are dramatic. San Tomes Basilica, the burial place of Apostle Thomas, is light, quiet and ‘sterile’.  The temple to Vishnu, one of the oldest structures in Chennai, is poorly lit and crowded with the full spectrum of Indian life.

The drive to Kanchipuram was interrupted with a visit to the memorial to Rajat Gandhi who was murdered while Prime Minister.

Then on to two significant temples.  The first, the Ekambareswarar Temple, where Parvati, the consort of Shiva, performed penance under the temples mango tree.  The second, the Kailasanathar Temple 685-705AD, is believed to be the oldest existent Hindu temple.

Here we found monolithic rock cut temples where intricate detail has been hewn into solid granite.  They are attributed to the Pallava Empire.

The bas relief in the middle tells of ‘Arjuna’s Penance’ and the ‘Descent of the Ganges’ .   The Shore Temple and Krishna’s Butterball on the right.

Stone Chariots of the Pancha Rathas

A stop on the way at Pondicherry to be introduced to South Indian coffee and then, in the late afternoon, the first of the great Chola Era Temples, the Brihadisvara Temple at Gangaikondacholisvaram.

Our tour begins with the dramatic Brihadeswara Temple, a centre piece for the Chola kings.  Inscriptions in customary Sanskrit and Tamil language are featured on the walls.

The museums and temples of Thanjuvar and our next stop Madurai hold some amazing examples of traditional Indian art and craft – especially bronze casting and fabric dyed with organic colours.

Our tour included a demonstration of pouring and moulding bronze.

The southern most point on the Indian Mainland and where three oceans meet – Arabian Sea, the Bay of Bengal and the Indian Ocean.

The  Sree Padmanabhaswamy Temple is one of the 108 places where  Lord Vishnu slept and is restricted to Hindu worshipers only.  Large hordes were discovered in locked rooms in the temple.  The temple is adjacent the palace of the Maharaja of Travancore.

A house boat on the waterways watching the world go by before flying to Kolkata (Calcutta) to join a tour across the top of India.