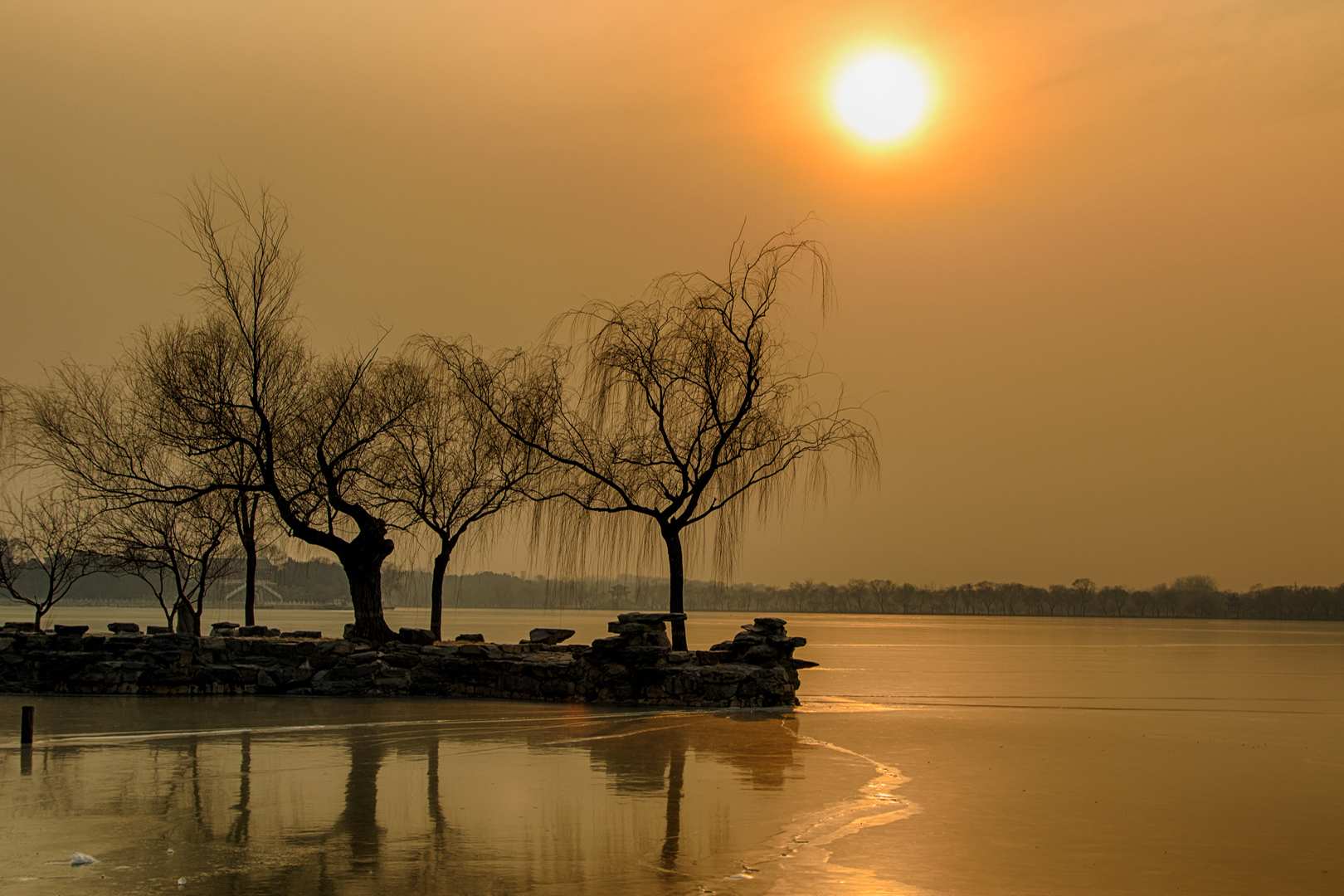 This is my attempt to summarise, in 100 photos (more like 200), our trip through Beijing, to Irkutsk, Moscow and St Petersburg.

Starting an Adventure in Beijing

We left Brisbane where the temperature was over 30 degrees Celsius to arrive in Beijing with a temperature of -4 degree Celsius maximum.   On this trip we were hoping for a White Christmas and were expecting temperatures between -10 to -20.  Little did we realise.

We opened our tour with a trip to the Summer Palace and The Forbidden City.  Later a visit to the Olympic Park.

After a visit to one of the few remaining cloisonné factories, we were treated to luncheon prepared atop one of the watchtowers on a section of the great wall less used by tourists.

We travelled north through China by train to cross the border into Mongolia.  Border crossings are never fun and even less fun in the middle of the night.

The process here involves changing the bogies of the train to travel on the Mongolian and Russian railways.  Each cabin is lifted off the Chinese bogies and new ones are rolled underneath.

Morning finds us deep in the Gobi Desert and temperatures well below -10 degrees Centigrade and light snow.

We arrived at Ulaanbaatar and stopped for a bactrian camel ride (two humps).  On then to a nature park where we are greeted with temperatures below -20 Celsius, spectacular views, vodka to warm one up, a dog sled ride along a frozen river, more vodka at every turn, and a visit to nomads living in a traditional ger.

The visit to the traditional nomads was a wonderful experience – except for the vodka and fermented mare’s milk.

The Ghenghis Khan memorial – a stainless steel statue of the Mongolian leader – is larger than the statue of Christ the Redeemer. The viewing platform on the horse’s head provides a spectacular view.

The evening was celebrated with traditional Mongolian dance and song.

Another overnight train ride with another late night boarder crossing, brings us into Russia and to Irkutsk near the shore of Lake Baikal.  The river through Irkutsk is the outlet for the lake.  The river was covered in moving mist as we explored the township in temperatures around -25 Celsius.

Unique wooden houses, a characteristic of Irkutsk, are slowly deteriorating and may soon disappear as a feature this Siberian town.  The Decemberists, a group who organised a Rebellion in 1825, were sent to hard labour in Siberia.  We were treated to entertainment in the manor built by one of the wives of these men.

The day began with a drive along Lake Baikal in temperatures of -24 Celsius to a theme park for a troika ride and fun on an ice slide.

On then to the Taltsy Architectural and Ethnographic Museum – an historical park were traditional timber structures have been preserved including a Gate house and church from the mid 1600.  Here we had our first taste of falling snow and temperatures as low as -26.

Christmas is not celebrated here as a Christian tradition but as a New Year celebration.  The Christmas tree and decorations are, to the Russian, a New Year Tree.  All the hotels and shops are decorated with, to us, all the usual Christmas trappings and even the Christmas songs are piped through the PA systems.

Our Christmas day ended with a feast provided in the home of one of the locals.  The dinner entertainment was traditional songs by a trio to the accompaniment of a button accordion and liberal dashes of vodka.

On the bank of Lake Baikal where washing one’s face in the water is supposed to add ten years to your life.  Compared to the -27 air temperature the water was warm.

The rest of our journey is here.

Please note: Unless specifically stated otherwise, photographs and media on these pages are the copyright of Owen Marks and not for reuse without permission.